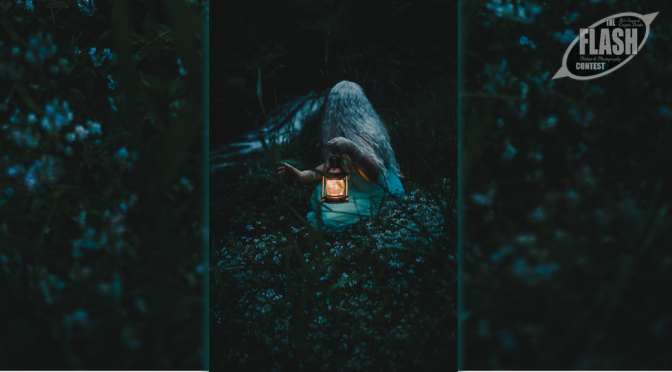 After much deliberation, Engen Books is proud to announce the winner of the April 14 2018 Kit Sora Flash Fiction Photography Contest: Jeff Slade with his story, Extinguished!

We received over fifty submissions for this month’s collection, all of them spectacular in their own right. To find the winner we used a double-blind alternate-vote method, in which no judge knew the name of the person who had written any story. Each judge then compiled a list of their own personal Top Ten picks, and each entry was assigned a point title. The lowest entries were whittled down every round until only one remained!

There were four judges for this inaugural month of the contest:

Ellen Curtis was born and raised in St. John’s, Newfoundland. Her aptitude for the written word began at a young age, when she began filling paper with stories and other scribbles. Those scribbles eventually began to make more sense, and in 2008 she published her first collection of short stories. Since then, she has gone on to co-author the Infinity series with Matthew LeDrew, among her other literary endeavors.

Drew Power is a currently seated member of the Sci-Fi on the Rock committee. He was recently featured as the model on the cover of the bestselling collection Chillers from the Rock.

Matthew Daniels was called in for a last minute tie-breaker vote… when three entries were tied for first place!

Runners up include Untitled by Michelle Churchill and Never Look Back by Peter Breau.

Jeff Slade is a St. John’s native currently residing in Salmon Cove, is an avid reader who enjoys both making and hearing puns, playing the guitar, and cats. Slade makes his publishing debut in Chillers from the Rock with his chilling tale: The Culling.

The winning entry will be featured on this website as well as on the Fantasy Files newsletter (click to join!). The second and third place entries will also be featured in the Newsletter.

Click here to see the next Kit Sora Photo Contest!