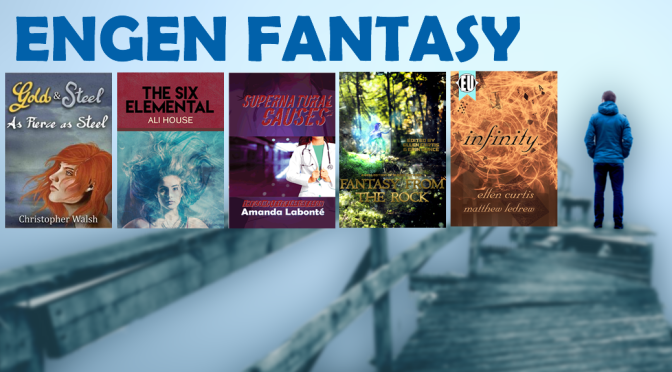 Ali House, whose first novel The Six Elemental started Engen’s spectacular tenth year anniversary in October 2016, is returning to the From the Rock collection series in Fantasy from the Rock with two all-new short stories, “The Invisible Boy” and “Honor.”

Ali’s 2016 collection entry, “Twenty-One” was heralded as one of the gems of the collection and led to a novel based on the concept and characters later that same year.

“Some good Young Adult fiction is set up here, with something that pulls at my personal heartstrings. [The Six Elemental] is another book I must pick up when it comes out.” — Sam Bauer, author of ‘The Locket.’A native Newfoundlander, Ali is a graduate of the Fine Arts program at Sir Wilfred Grenfell College (MUN), and past recipient of the Golden Crescent Wrench Award. She is the author of The Six Elemental, and has had short stories published in Sci-Fi From the Rock and Bluenose Paradox. She currently resides in Halifax, Nova Scotia, where she works in arts administration and spends more time than a person should in and around theaters.